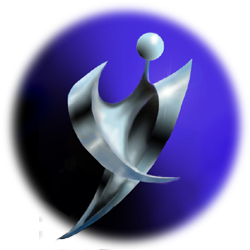 I'm gay but I don't wear the uniform. In that I'm not a huge fan of Madonna or Lady Gag-me. I don't wear leather caps with the word "PIG" on it or have rainbow key chains, flags or ripped tanktops. I'm just me.

And what I'm beginning to dislike most is this wide ranged tribalism rampant throughout our society. Everybody's got to have one side and one side only and if you're not on their side you don't matter. If you've got to wear a cap or t-shirt, or permanently ink your body with slogans and trendy generic symbols or conform to whatever current image your clique of choice approves of then quite frankly you're probably boring as Hell.
Philosophy
Religion: ...I'm an American Indian for Christ's sake
Political Views: Well, here's the deal girls. I'm Native American Indian. So basically I loath just about every one of you. Left. Right. Conservative. Liberal. Christian. Agnostic. Atheist. Finger spreading Vuclan Trekkie. You're all liars. The big
Favorite Quotes: "Do you not want me to misunderstand what I thought you didn't think I thought you said? Yes I don't and no, I do. "
- Anonymous

"So he gave me a call and said 'Hey Rose, do you want to be on the Dick Van Dyke show?" and I said '...what's a dick van dyke?'. Then he explained the show to me and I said 'You know who would also be great for this? My friend Maury Amsterdam. Why don't I give him a call'. So I called Maury and said, 'Hey Maury, do you want to be on the Dick Van Dyke show?' and he said '...what's a dick van dyke?'"
- Rose Marie
Arts & Entertainment
Books: I consider Chapter House DUNE to be the last and final novel in the Dune series. I'm also a great admirer of Samuel R. Delany.
Movies: Many years ago there was a writers strike and to save money film makers began going into studio archives looking for property they could remake, create a prequel or sequel to and the franchise craze was born. They also began making motion picture films based on television shows from just about every era in tv's past. I said to myself "Just watch they're going to do a remake of the Saturday morning series Electra Woman & Dina Girl". I meant it as a joke until I saw they actually did the remake.

So. I'm pretty much a fan of classic films and have zero interest in anything that's come out in the about maybe the passed two decades.
Television: ...that writers strike I mentioned also affected television.
Music: When it comes to Autotune the words a dearly departed aunt used to say comes to mind, "There's just something about that that causes my spirit to rise up within me and war against it". ....there are no true musical talents anymore